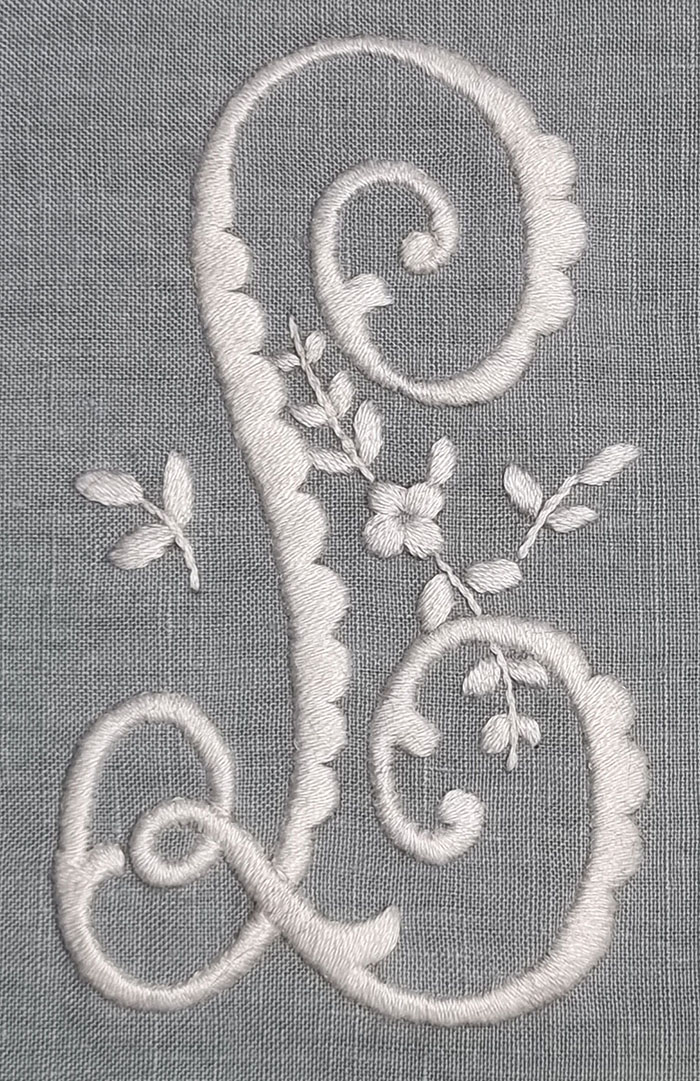 The alphabet presented in this article is taken from a 19th-century Victorian alphabet album.

I chose it for two reasons,

The first one, simply because I find it especially original and elegant.

The second one is because it has a singularity, the narrowness of its characters.

I find this interesting because often when I have to prepare the two letters of a first name and a name to embroider together on a towel or even for a relatively small cushion, it causes me problems. Indeed, I often find that the simple juxtaposition of the two characters lacks cohesion and takes up too much space in the width.

By using the characters of this alphabet I find the result more satisfactory.

Unfortunately, I didn’t have time to embroider two letters, so I would like to illustrate my point with the picture below.

Indeed, by juxtaposing the 2 letters V and P, for characters of 10 cm height, the width of the embroidery will be reduced by 5 cm and visually forms a more compact block.

This complete alphabet can be downloaded HERE or directly from the main menu in the 2021 drawings section.

Concerning the technical realization of Whitework, I suggest you refer to the article “Pastel Alphabet” published in 2020 and which details all the different procedures to respect to obtain a beautiful realization.

You can also consult this article directly in the menu Technique in the Whitework section.

The two photos below serve to illustrate once again the two basic phases to be performed before covering the characters with the final satin stitch. 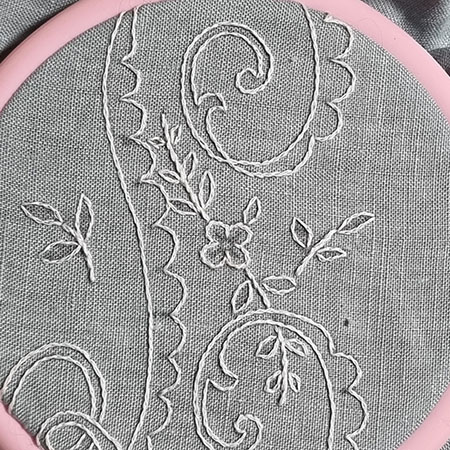 Border the entire design to be embroidered with split backstitch. 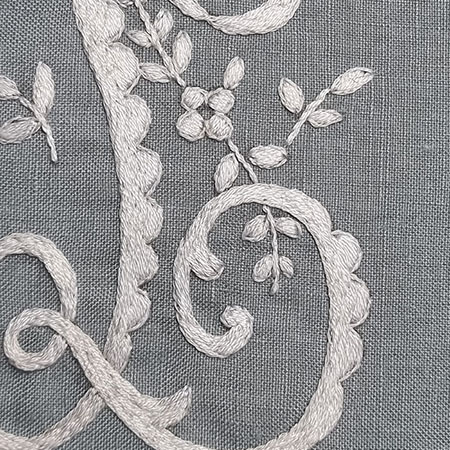 Carefully pad the inside of the pattern as evenly as possible with straight stitches and 2 or 3 threads depending on the size of the area to be filled.

This site uses Akismet to reduce spam. Learn how your comment data is processed.